Metzger, William C. a lifelong resident of Beacon, entered into rest Sunday, December 20, 2015 at Vassar Brothers Medical Center, Poughkeepsie. He was 77.
Born November 5, 1938 in Beacon, he was the son of the late Clifford and Dorothy Wheeler Metzger.
William was a retired Lt. Commander for the United States Coast Guard, serving from 1959-1991. He was also a retired manager for IBM East Fishkill.
He was a member of St. Luke’s Episcopal Church of Beacon, where he was the Choir Director and on the Vestery. He was a former Ski Instructor, Mt. Beacon, a supporter of the Woman’s Army Basketball team, and an avid Golfer.
On July 2, 1960 he married Carol A. Mayen in St.Luke’s Episcopal Church Beacon, Mrs. Metzger survives at home.
In addition to his wife Carol, he is survived by, his three children, Janet and her husband David Best of Manlius, NY, Melinda Metzger of Danbury, CT, and Paul Metzger and his fiance Kelly Baker of LaGrangeville, six grandchildren, Kaitlyn and her husband Patrick Flake of Charleston, SC, Jennifer and her husband 2nd class Petty officer Benjamin Whorrall of Manlius, NY, Aaron Best of Manlius, NY, Alexis, Tyler and McKayla D’Amore all of LaGrangeville, three sisters, Nancy and her husband Jim Baker, Ann LaCroy and Robin and her husband Rob Ginett, his stepmother, Victoria Metzger of Nassau, NY, as well as several nieces, nephews and cousins.
He was predeceased by, his grandmother Sarah Wheeler with whom he was raised, his aunts and uncles, William and Marion Wheeler, Raymond and Reta Detweiler, his two cousins, Srgt. Raymond Detweiler who was killed in action March 23, 1945 in England, and Reta Rogers.
Visitation will be held Tuesday, December 22, 2015 from 4:00 to 7:00 PM at Libby Funeral Home, Inc. 55 Teller Ave. Beacon.
Graveside services with Military Honors will be held Wednesday, December 23, at 11:00 AM at St. Luke’s Cemetery, Wolcott Ave. Beacon, NY.
In lieu of flowers memorial contributions may be made to The Wounded Warrior Project room 320, 370 7th Ave. New York, NY 10001 or Guiding Eyes For The Blind 611 Granite Springs Rd. Yorktown Heights, NY 10598
‘The family would like to thank the nursing and hospital staff of Vassar Brothers Medical Center for their compassionate care’
Arrangements are under the direction of Jarett D. Quick at Libby Funeral Home, Inc. 55 Teller Ave. Beacon, NY 12508 (845) 831-0179
For directions or to leave an online condolence please visit www.libbyfuneralhome.com 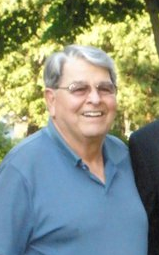