Walter Shane Bell, a veteran of the Korean Conflict, died in Montrose, New York on Saturday, March 7, 2015, following a lengthy illness. He was 83.
He was the twin brother of the late C. Gordon Bell, former president and publisher of The Gardner News.
Shane, as he was known, was born in New York City on January 25, 1932, the son of W.F. Gordon Bell and Dorothy (Hubbard) Bell. He was a graduate of the Kent School, in Kent, Connecticut. While at Kent, he played football in 1946 and 1947, served as assistant manager of the football team in 1948 and as head manager in 1949. He also played both ice hockey and tennis from 1946 to 1949. Shane was active in the current events club in 1948, and served on the board of the school publication, The Cauldron, in 1946 and 1947. He shared a love of tennis with his brother, Gordon.
Following his graduation from the Kent School, Mr. Bell briefly attended the University of Miami, in Miami Florida. He then enlisted in the U.S. Air Force and served for three years from April 6, 1951 to April 30, 1954.
Mr. Bell’s family has had a long connection with The Gardner News, a daily newspaper in Gardner, Massachusetts that was first published as a weekly in 1869. His grandfather, Walter E. Hubbard, purchased the newspaper in 1921. Following his grandfather’s death, the newspaper was owned by a trust for the benefit of Mr. Bell’s step-grandmother and his mother. Longtime employees of The Gardner News recall seeing Mr. Bell and his twin brother performing odd jobs at the newspaper when they were young. When his mother, Dorothy (Hubbard) Bell, died in 1962, Mr. Bell and his twin brother, C. Gordon Bell, became the owners of the newspaper. Under the leadership of his brother and later his sister-in-law, the newspaper made many technical advances.
Mr. Bell became disabled while serving in the U.S. Air Force and spent much of his life in group homes and hospitals operated by the U.S. Department of Veterans Affairs, most recently at the VA Hudson Valley Health Care Center, in Montrose, New York. Throughout his life, Mr. Bell was a friendly individual who enjoyed jokes, conversation and story-telling. His affairs were overseen by his father and guardian, W.F. Gordon Bell, and later by his accountant and guardian, Robert A. Venning.
Mr. Bell leaves three nieces, Elaine C. Bell, of Lido Beach, New York, Kris M. Lynch, of Gardner, Massachusetts, and Tiffany M. Bell, also of Gardner. In addition, he leaves his sister-in-law, Alberta Saffell Bell, of Gardner, who is now the president and publisher of The Gardner News. 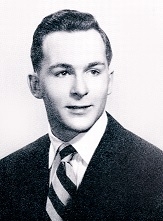