Vern ‘Popeye’ Way of Beacon, entered into rest June 27, 2011 at home. Born December 2, 1927 he was the son of the late Samuel Leroy and May Fleming Way.
He was married to Antoinette (Dolly) Silvestri Way, in May of 1951.
He was a proud member of the U.S. Navy and served as Seaman 1st Class.
Vern was a retired Detective for the City of Beacon Police Department, he also served as The Commissioner of Public Safety and Commissioner of Public Works, Beacon.
He founded the Pop Warner Football League where he prided himself in inspiring sportsmanship, scholarship and physical fitness in todays youth.
He was so incredibly proud that he not only created this wonderful league but also established this great organisation. He was instrumental in bringing the Beacon Bears original football team back together.
He was the proud owner of Miro’s Restaurant and Bar which was an icon in Beacon for over 29 years. During these years, Vern sponsored various sports teams and helped to support numerous recreational programs through his business name.
Vern was a member of many different organisations including the following: Beacon Engine, Slater Chemical, Dutchess County Fireman’s Association, B.P.O.Elks, Beacon, Retired Beacon PBA, Westchester PBA, St. Rocco’s Society, Southern Dutchess Country Club, American Legion, VFW, Etc…
A big honor in his life was his induction into the Dutchess County Sports Museum Hall Of Fame.
Vern leaves behind his beloved wife Antoinette (Dolly) Way, as well as his two brothers, Don (Patty) and Samuel (Donna) Way, his brother and sister in law Horace and Fran Silvestri, his sisters -in- law Helen Way, Carol Way, and Sheila Way, his cousins Fred and Carol DiBerto, along with numerous nieces and nephews and great-nieces and great- nephews and many extended family members.
He was predeceased by his brothers Leroy, David and Larry Way.
Visitation will be held Thursday June 30, from 2:00-4:00 and 6:00-9:00 p.m. at Libby Funeral Home 55 Teller Ave. Beacon, NY.
A Mass of Christian Burial will be offered Friday at 10:00 a.m. at St. Mary’s Church, 11 Clinton St. Wappingers Falls, NY. Interment with Military Honor’s will follow in St. Mary’s Cemetery.
In lieu of flowers memorial contributions may be made to Beacon Pop Warner Football League P.O. Box 221 Beacon, NY 12508
You may also leave a condolence at the http://wwwwww.poughkeepsiejournal.com 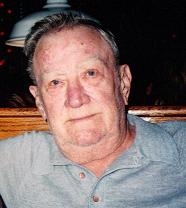