Stanton C. Tompkins (Sonny), on July 7, 2016 Stanton Charles Tompkins entered into rest surrounded by his loving family, he was 87.

Born on June 15, 1929 in Cold Spring, NY, he was the son of the late Stanton R. Tompkins and Ethel Gifford Tompkins.

Stanton worked for the Ole Kartergainers Hat Company, Beacon. He was later retired from his own business, Tompkins Chevron Station located in Beacon, the family business.

Stan was actively involved with St.Luke’s Episcopal Church teaching Sunday School, a member of the American Rifle Association, proud sponsor and team player of the Men’s Softball League ‘Stan and Howie’s’ an avid bowler at Tuponse bowling alley with many family and friends.

February 16, 1951 to February 15, 1953 Stan was drafted into the United States Army, he was a Private First Class and was 3rd command, 164th infantry regmt 47th Viking Division.

Stan was an amazing father, poppy and husband, he also leaves behind his beloved K-9 companion Dakota Blue, his memory and spirit will live on forever. All our love to the moon and back!

Services will be private and at the convenience of the family.

In lieu of flowers memorial contributions may be made to Animal Rescue Foundation ARF 54 Simmons Ln, Beacon, NY 12508 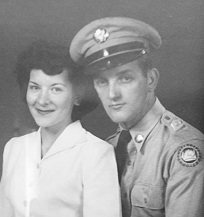