Born in Przemysl, Poland on April 30, 1926, he was the only son of the late Morris and Claire (Alexandrowicz) Gottfried. He was a Holocaust survivor who lost most of his extended family. He fought in the Polish Underground Resistance as a teenager.

After surviving the war, he traveled throughout Europe, spending several years in Italy. Later, he joined his parents in the United States. To save money for medical school, he worked several summers as the maître d’ and a tennis instructor at The Stevensville Lake Hotel in the Catskills.

He attended medical school at the University of Heidelberg in Germany, where he met his wife, Gerda Flamme Gottfried, who predeceased him in 1999. They moved to the United States where Dr. Gottfried completed his medical residency at Albert Einstein College of Medicine in New York City. He specialized in anesthesiology.

He was a proud American who cared for patients at multiple VA hospitals. It was an honor for him to give back to American veterans, especially those who rescued Europe during WWII.

After living in Riverdale and White Plains, he moved north with his family to Dutchess County to fulfill his dream of becoming a “country doctor.” He practiced anesthesiology at Highland Hospital for many years and general medicine until his retirement in 1998.

Dr. Gottfried was an avid reader who spoke five languages fluently. He was a life-long student of history and politics. He loved vacationing in the Caribbean and exploring areas of the Hudson Valley that reminded him of places he’d loved in Europe. In retirement, he enjoyed sitting by the pool, watching his grandchildren swim. He also enjoyed taking his friends and family to lunch. He was a loyal baseball fan who cheered for both the Mets and Yankees.

He and his wife Gerda were long time members of Beacon Hebrew Alliance in Beacon, NY. For the past five years, he was also a member of First Hebrew Congregation in Peekskill, NY.

In lieu of flowers, memorial contributions may be made to Jewish Foundation for the Righteous (jfr.org) or the American Society for the Prevention of Cruelty to Animals (aspca.org) as well as First Hebrew Congregation (www.firsthebrew.org) 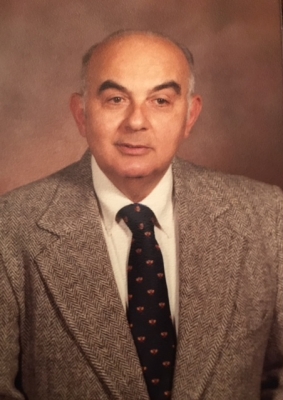