On January 12, 2013 Normadine Frances Brennan Varland’s earthly life came to an end, and she began her long anticipated heavenly life.
Normadine was born in Hartford Connecticut on July 10, 1936 to William A. and Lillian Smith Brennan (Cadmus). Normadine had a very special relationship with her maternal Grandmother, Frances Mary Elizabeth Fredrick Smith, lovingly called Nanny. Normadine moved to Beacon, in her 6th year and was educated in the Beacon School District. Upon completion of her High School years Normadine enrolled and graduated from Sheddens Cosmetology School, Newburgh NY. She excelled in both her academic pursuit as well as her practice of hair styling. It was at this time an instructor first planted the seed within Normadine that her talent for both her craft and compassion for people could best be used in the Funeral business.
In 1965 Normadine married Thomas Varland. Together they owned and operated Varland Funeral Home until retirement in 1986. The ensuing years were an exciting time of adventure and change for Normadine. She spent the first few years of her retirement locally, and as a member of St Mary’s Church, Marlboro. As an active member of Women’s Aglow Central Valley chapter, Normadine experienced her love of God at a new and fulfilling level. This adventure was followed by a 20 year residency in Spring Hill, and Brooksville, Florida, where she was a good and faithful member of her parish. First as a founding member of St. Joan of Arc and later St. Frances Cabrini. Normadine utilized her artistic talent to create crafts too numerous to count as a means to bring revenue to her church to support those in need. She was also a Eucharist Minister and Lector. Her final earthly journey brought her to Albuquerque, New Mexico where she resided with her son David and loving daughter in law Kim until her death.
Normadine is survived by her husband, her sons and daughters in law, Douglas and Sharon Zeyak of Lake George, NY, and David Eric and Kimberly Varland, of Albuquerque, New Mexico, Grandsons, Douglas and Brad Zeyak, and Wyatt and Garret Varland, her sisters Lenore Brennan Petersen of Roscoe, NY, Maureen Brennan Lashlee of Poughkeepsie, NY, Margaret Brennan of Tampa, Florida, step sister Elaine Cadmus Gilbert of Fair Haven, Vt., her sisters in law, Helen Zeyak of Beacon, and Laura Murray of Cincinnati, Ohio, lifelong friend Lorraine Aguair Youlio and numerous nieces and nephews including her Godson Michael J. Lashlee of Beekman, NY. She will be met in heaven by her parents and her brother David Murray.
Normadine will be remembered by those who loved her and knew her as a kind and gentle soul who loved deeply and forgave easily.
Final arrangements will be made in Albuquerque, New Mexico as requested by Normadine and a memorial mass will be offered at St Joachim’s, Beacon NY in the spring.
Dear Sweet Normadine, go in peace to love and serve the Lord.

Date Of Service
Memorial Mass will be offered at St Joachim’s, Beacon 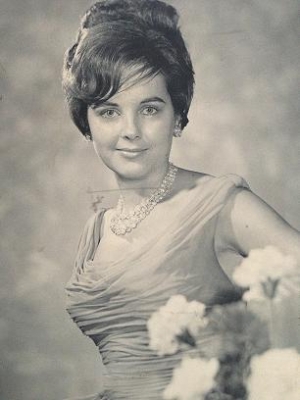