Sialmas, Nicholas James, 56, entered into rest on Friday, September 27, 2013.
Nick was born on November 5, 1956 in Beacon, NY. He was the son of Rosalie (Loula) and George Sialmas. He attended Beacon School. He graduated from Simpson College, Indianola, IA with a Bachelor of Science Degree in Biology. He was President of the Student Body while attending Simpson College and a member of the Delta Upsilon Fraternity.
Nick was a loving Son, Brother, Uncle, and good friend to all who knew him. He greeted everyone he met, with a smile and a handshake. Humble and kind, Nick gave generously and graciously of his time and abilities to all. He was famous for recruiting his family and friends when the need arose. Such was his enthusiasm when he and Larry Cohen started the Dutchess Junction Gazette. It was a fun venture that we all enjoyed collaborating on.
His greatest love was being of service to the Greek Orthodox Church, where at the age of 6 he became an alter boy. He continued his service with the Greek Orthodox Archdiocese by serving on the Finance and Stewardship Committees as well as his service to the National Philoptochos Society. He was past Parish President of the St. Nicholas Greek Orthodox Church, Newburgh, NY. He was a member of the Order of AHEPA.
Nick was an avid photographer who could be found with a camera in his hand photographing street fairs and nature, talking to all he met along the way. The gift of speaking brought Nick to be a speaker with Toastmasters. He thoroughly enjoyed public speaking.
Nick was a Charter Member of The Dutchess Junction Fire Company and held the position of Commissioner. He worked for IBM as a Senior Client Relationship Representative before venturing on his own as a Managing Partner in a business consulting firm as a Web Designer. Through The Women’s Enterprise Development Center, Nick became an Instructor for The Business Training Program at the Mid- Hudson Satellite Office at Marist College in Poughkeepsie, NY. It was a job he was passionate about and enjoyed immensely. He was enthusiastic over every member of his class wishing to launch them on to successful endeavors. He loved his one-on-one consultations and in Nick’s way, wished he could do even more for his class.
Nick loved teaching his Nephew Michael about the world of Computers and Photography. Both would venture out to see the world through the lens of the camera. Recently, the two went off to the Apple Store in Manhattan to do their computer shopping followed of course by a delicious steak dinner. This summer Michael accompanied Nick on his Clergy Laity and Philoptochos Conference in Boca Raton, FL. Nick was thrilled that Michael shared his interest in computer design and photography.
Nick loved being around people and listening to music. Music Venus and cafes were a great time of Comaradarie. He loved Rockin’ it out to the Beatles.
Nick leaves behind his parents, Rosalie and George, Sister Tina and Brother-In-Law, Erick Mercado, Sister, Georgia Patchen and his beloved Nephew, Michael Patchen, Aunt Marianthi and Uncle Stamatis Soultanis, Uncle Bill Filipou, Aunt Soula Gianopoulos, Aunt Elleni and Uncle John Anemelos, Uncle Kosta and Aunt Lukia Sialma, Uncle Bill Sialma, and First Cousins, John and Donna Pavlos, John and Margie Gianopoulos, Jimmy and Kelly Gianopoulos, Philip and Jackee Gianopoulos, Eleni Soultanis and her husband Joel Diaz, Nick and Eleni Anemelos, Chris and Kitty Anemelos, Vaso and Elias Kolivos, Niko and Myrto Sialma, Spiro and Alecka Pavlos, and their families. Godbrothers, Michael Maroutsis, and Marge, Steven Maroutsis and Soula, Steve Zias and Emelie.
He was predeceased by his Maternal Grandparents, Chrisanthi and John Gianopoulos, Paternal Grandparents, Vasiliki and Niko Sialma, Uncle Mike Gianopoulos, Aunt Fani and Uncle Louis Filipou, Aunt Koula and Uncle Christo Pavlos, Papou Jimmy Stratus, Uncle Christos Stratus.
Visitation will be held Thursday, October 3, 2013 from 6:00 to 9:00 pm at Libby Funeral Home, Inc. 55 Teller Ave. Beacon, NY, where, at 8:00 pm a Trisagion Service will take place.
Funeral Services will be held Friday, October 4, at 10:00 am at Kimisis Greek Orthodox Church, 140 South Grand Ave. Poughkeepsie, NY. Interment will follow at Fishkill Rural Cemetery, Fishkill, NY.
In lieu of flowers donations may be made to St. Basil’s Academy, 83 St. Basil’s Rd. Garrison, NY 10524 or to The Dutchess Junction Fire Company, PO Box 107 Beacon, NY 12508.
Arrangements are under the direction of Jarett D. Quick at Libby Funeral Home, Inc. 55 Teller Ave. Beacon, NY 12508 (845) 831-0179
For directions or to leave a online condolence please visit www.libbyfuneralhome.com 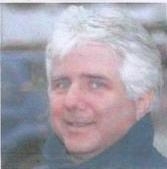