Powers, Maria D. of Beacon, entered into rest Tuesday, February 23, 2016 at her home. She was 81.
Born April 20, 1934 in Beacon, she was the daughter of the late Nicholas and Mary Pennachio Fredericks.
Maria was a member of St. Mary, Mother of the Church, Fishkill, NY.
In addition to her husband Joseph E. Powers who survives her at home, survivors include: four children, Lisa Powers of Marlboro, Michael Powers of NJ, Christopher (Christine) Powers of Poughkeepsie, Kevin Powers of Newburgh, one brother, Frances (Ann) Fredericks of Glenham, one grandson, Kyle Joseph Palmer, her brother-in-law Michael (Maryjo) Powers and sister-in-law, Fran Monroe of Elmira, as well as several nieces and nephews.
She was predeceased by her brother Vincent R. Fredericks, and her sister, Anna Genco.
A Mass of Christian Burial will be held Friday, February 26, 2016 at 10:00 AM at St Mary, Mother of the Church, 106 Jackson St. Fishkill, NY 12524
Interment to follow at St. Joachim’s Cemetery, Beacon.
In lieu of flowers memorial contributions may be made to the American Cancer Society 121 Executive Dr. #200 New Windsor, NY 12553
Arrangements are under the direction of Jarett D. Quick at Libby Funeral Home, Inc. 55 Teller Ave. Beacon, NY 12508 (845)831-0179
To leave an online condolence please visit www.libbyfuneralhome.com 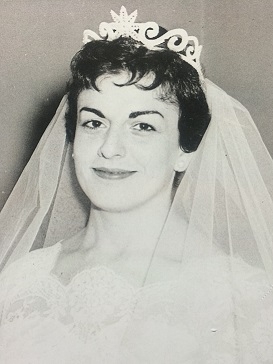