According to doctors in 1944 this obituary is 60-someodd years overdue. After Judy was born on December 22, 1944 in Oak Ridge Tennessee with spina bifida, doctors predicted that she would die within a few years. Her survival to age 68 was a tribute to advances of medical science, the care of her family, and a stubborn and courageous resolve on the part of Judy to overcome what she called a “differential ability”, rather than a disability.

Her schooling in the Beacon school district was on occasion interrupted by medical issues, and some of her schooling was done while a patient at the Shriners Hospital in Springfield MA and Helen Hayes Hospital in Haverstraw. Despite these impediments Judy graduated from Beacon High School with her class in 1963. Four years later Judy graduated from Lycoming College in Williamsport PA.

Judy returned to the Dutchess County area where she secured a job at the Wassaic Developmental Center. Between 1977 and 1978 Judy attended the University of Pennsylvania where she received her credentials to become an Occupational Therapist Registered. Judy retired from Wassaic in 2001.

Despite the availability of programs that would have allowed her to become dependent on taxpayer resources, the fiercely independent Judy chose to have a prolonged working life, purchase a home, and purchase a wheelchair equipped van. Her only request for government aid was the issuance of a parking permit and the establishment and enforcement of designated parking spaces for people with special needs.

Judy bravely endured multiple surgeries over the years that allowed her to cope with some of the physical limitations associated with her condition. These surgeries combined with her courage, faith, and resolve allowed Judy to enjoy a long and productive life. It is her wish that her life might serve as a beacon of hope to other people and families of people with similar medical situations.

Judy enjoyed her cats, family, and handicrafts. She made productive use of a computer, and at every holiday and life event her family and friends were recipients of home-made cards and other computer crafts. No event, joyous or sad, ever lacked for original mementos.

Judy was predeceased by her brother Ken Siebert (2005), her father Robert F. Siebert (2006), and her mother Nancy Siebert (2009). She is survived by brothers Don (Lynn) of Morris Township NJ, Bill of Beacon NY, Tom of Albany NY, and a sister Peg of Beacon NY. She was an aunt to Arielle, Asher, Thea, and Katrina and a grand-aunt to Connor, Jack, Ben, Ethan, Britany Ann, Abigail, Gabrielle, and Isabelle.

Judy is also survived by a multitude of overseas foster children from Plan International USA that she generously supported over the past 38 years.

A memorial service will be held on February 23, 2013 at 11:00 a.m. at Christ Methodist Church, 60 Union Street at Phillips, Beacon, NY. Inurnment will be in the spring in Williamsport PA in a plot that her grandparents purchased given the expectation of her death in the 1940s. 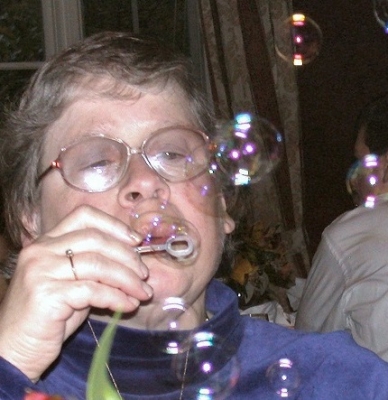