John Allen Sullivan “Sully”, 73, of Poughkeepsie, New York passed away, Friday, October 7, 2016, at Renaissance Rehabilitation and Nursing Care Center. He was born November 25, 1943, in Asheville, North Carolina to John Sullivan Sr. and Pauline C. Sullivan. He is the youngest of 12 children.

He attended both Beacon and Wappingers schools. He enjoyed playing football, basketball, and running track earning letters in all three sports. John ended up playing for the Dutchess County Scholastic League (DCSL) before serving in the Vietnam War Infantry and was honorably discharged.

He worked at Hudson River Psychiatric Institution. For 20 years he served as a recreational therapist retiring from there in 2000. He owned and operated Poor Man’s Fish Market for 10 years where he worked and helped to feed the homeless. He worked as an In-School paraprofessional at Beacon High School until 2013 where he loved interacting with the teachers and students. During this time, John belonged to the Boys Scout of America, was a mentor of young adults, inspiring them to stay in school and work hard. He was also involved in AAU as a basketball assistant coaching young adults who had a passion for basketball, as much as he did.

John was a member of Star of Bethlehem Baptist Church in Beacon and was a member of the Men of Valor Men’s Ministry. In his free time, he volunteered at the Salvation Army. John was a resident of Admiral William Halsey Senior Village and enjoyed watching sports and having gatherings for and with his friends. John loved being the life of the party. Wherever he went, he never met a stranger. He is known for his charisma, humorous attitude and infectious personality. All who knew him, loved him.

A celebration of life service will be held at 1:00 pm, Friday, October 14, 2016, at Star of Bethlehem Baptist Church in Beacon. Burial will follow at Fishkill Rural Cemetery. The body will lie in state 2 hours prior to funeral service.

For directions or to ;eave an online condolence please visit www.libbyfuneralhome.com 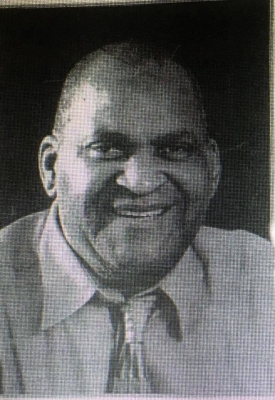