Joseph, John ‘Pop’, of Beacon, entered into rest, Wednesday, August 6, 2014, at Mid-Hudson Regional Medical Center, Poughkeepsie. He was 90.
Born September 23, 1923 in Dutchess Junction, he was the son of the late Jacob and Srymsson Aschkar Joseph.
He attended Beacon schools.
He served in the US Army from January 1943 to November 1945. He saw action in the European Theater serving with the 1st, 3rd, 7th and 9th Armies as an Artillery Sergeant. While with the 3rd Army under General Patton, he participated in 3 major battles including The Ardennes, also known as The Battle of the Bulge, Central Europe & Rhineland.
Upon returning he went to work for the US Post Office in Beacon, first as a letter carrier, then as Superintendent of Mails and on to Superintendent of Postal Operations. He retired after 34 years to give his full attention to his excavating business which he conducted until his death.
John was the Past President & Life Member of E. Hook Sportsman’s Association, Fishkill, Past Captain & 65 year member of Lewis Tompkins Hose Fire Co., Beacon, 50 year member of the Beacon Elks, member of the Lions Club and served 4 years as Public Works Commissioner in Beacon. He was a member of St. Luke’s Episcopal Church, Beacon. He loved hunting and fishing and was a successful deer hunter.
On May 30,1955, he married the amazing Jeanne ‘Mema’ Tripp who predeceased him on December 10th, 2003.
Survivors include his five children: Jon Joseph and his companion Karen Phillips of Glenham, Tim Joseph, Gary Joseph and his wife Lori, Karen and her husband Philip DeCandia and Russ Joseph and his wife Jeanmarie all of Beacon. 12 loving grandchildren: Sara, Philip, Tommie, Bree, Derek, Johnny, Crista, Nick, George, Russ Jr., Dillon, and Joe, as well as several nieces & nephews.
He was predeceased by his sister Josephine Hamilton.
Visitation will be held Friday, August 8, from 4:00 to 8:00 pm at Libby Funeral Home, Inc. 55 Teller Ave. Beacon, NY.
Funeral Services will take place Saturday, August 9 at 10:00 am at St. Luke’s Episcopal Church, Wolcott Ave. Beacon, Father Edwin Cromey will officiate.
Interment will follow in Fishkill Rural Cemetery, Fishkill.
In lieu of flowers memorial contributions may be made to: Miles of Hope Breast Cancer Foundation or to A.R.F. or to a charity of your choice.
The family wishes to send a special thanks to Dr. Murtuza and the CCU unit at Mid-Hudson Regional Medical Center (St. Francis) for their wonderful and compassionate care.
Arrangements are under the direction of Jarett D. Quick at Libby Funeral Home, Inc. 55 Teller Ave. Beacon, NY 12508.
For directions or to email a personal condolence, please visit Libbyfuneralhome.com 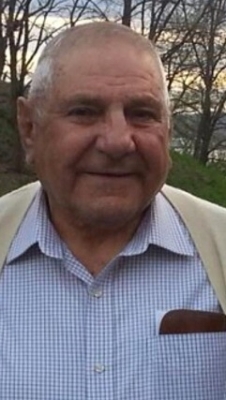