John H. (Jack) Howell died peacefully on June 10, 2015 at Vassar Brothers Hospital.
Born on May 27, 1927 in Cold Spring, NY to Robert W. Sr. and Ida McVey Howell. Jack graduated from Haldane High School after returning from his military service in the U.S. Navy during World War II. In 2014, he was honored at the at the ninth annual Dutchess County Veterans Appreciation Day, and was presented his World War II Victory and American Campaign medals as well as three other military citations. He began his career with I.B.M. in 1956 and retired after 35 years. An avid bowler, he served as president of the Mid-Hudson Bowling Association, and was elected to that organization’s Hall of Fame in 1995. Jack received various awards for his achievements in the sport. He was a fervent sports participant and fan, having a particular love of baseball and basketball. He held memberships in the Benevolent Protective Order of Elks, I.B.M Quarter Century Club, and the American Legion. Jack participated in one of the first Honor Flights for W.W. II veterans to visit the W.W. II memorial in Washington, D.C. He was a member of St. Mary’s Episcopal Church in Cold Spring, NY.
He is survived by his wife Florence, whom he married in 1958; his two sons Wayne and his wife Susan of Newtown, CT, and Jeffrey and his wife Kelly of Geneva, IL; his grandchildren Lauren, Katy, Emily and Jack; his sister Anne H. Bellissimo of Beacon, NY and many nieces and nephews.
Jack was predeceased by eight brothers and sisters: Edward, Howard, Mary, Robert Jr., Margaret, Ruth, Francis, and Janet.
Visitation will be held, Sunday, June 14, from 2:00 to 4:00 pm and 6:00 to 7:30 pm at Libby Funeral Home, Inc. 55 Teller Ave. Beacon, NY
Funeral Service will follow at 7:30 pm.
Interment will be private and at the convenience of the family.
In lieu of flowers, the family is requesting donations to Hudson Valley Honor Flight (www.hvhonorflight.com), a non-profit organization created solely to honor America’s veterans for all their sacrifices.
Arrangements are under the direction of Jarett D. Quick of Libby Funeral Home, Inc. 55 Teller Ave. Beacon, NY 12508 (845) 831-0179
To leave a condolence online please visit www.libbyfuneralhome.com 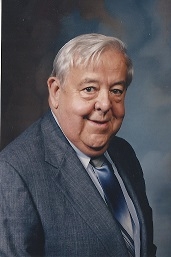