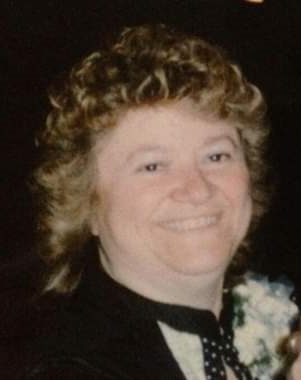 Helen V. Moraitis, 79, a life-long Beacon resident, passed away peacefully on December 29, 2019 at her home. She was born on February 2, 1940, parents were Joseph & Adeline Herouart.

She attended Beacon Schools; Helen worked for several years as a seamstress at the Durrell Hat Factory in Beacon, until retiring.

On April 18, 1965 she married George S. Moraitis, who predeceased her after 49-years of marriage on January 26, 2014. She used to enjoy going for car rides with her husband. Helen was a huge fan of anything Elvis Presley.

Helen is survived by her 2 daughters: Dawn Marie (Glenn) Colella and Debra Cherubini; her 6 grandchildren: Rachel, Michelle, Salvatore Jr., Steven, Kristen, Damon, and 2 great-grandchildren. She is also survived by her 2 brothers, Larry (Christy) Herouart and Joseph (Heidi) Herouart, and one 1 sister Darlene (Louis) Mazzacone. A host of several nieces, nephews & cousins also survive. Along with her husband, she was predeceased by her sister Rebecca Hockler.

The family would like to give a special thanks to Dr. David Walker, Darlene & Lou Mazzacone, Luann & Jamie Brown for the care and attention shown to Helen.

Her Family & Friends will gather to celebrate her life on Thursday, January 2, 2020 from 7-9pm at the LIBBY FUNERAL HOME, 55 Teller Avenue, Beacon, where a service will be held at 8PM. To offer a message of condolence or share a fond memory, please visit: LibbyFuneralHome.com