Gerald C. McNair entered into eternal rest on April 6, 2015. Gerald, affectionately known by most as “Jerry“ and other times “Count,” was born on October 17, 1953 in Beacon, NY where he was a lifelong resident. Jerry was the son of the late Tracy and EddieMae McNair.
Jerry leaves to treasure his precious memories his only daughter Nolita R. Sellers of Wappinger’s Falls, NY; 2 brothers Michael D. McNair of Beacon, NY and Clarence T. McNair of Auburn, NY; 2 sisters Rhonda McNair of Auburn, NY and Laurie McNair of Syracuse; a best friend David “Cookie” Lucas and a host of aunts, uncles, cousins, nieces, nephews and dear friends. Jerry was predeceased by 2 sisters, Cynthia A. McNair and Lynn Y. McNair.
Jerry was a jack of all trades and most recently worked in construction. Everyone who knew him understood his passion for music and motor cycles. Having played in several bands, Jerry learned to play any instrument you placed in front of him, one of his favorites being African drums. He was also well known for cooking and could be found at almost any function either on the grill or in the kitchen. In his spare time, he could be found down by the river fishing. He was well loved and will be missed dearly.
Visitation will be held on Saturday, April 18, 2015 from 12:00-3:00PM at Libby Funeral Home 55 Teller Ave. Beacon, NY 12508. Memorial donations can be made to Nolita Sellers.
Arrangements are under the direction of Jarett D. Quick at Libby Funeral Home, Inc. 55 Teller Ave. Beacon, NY 12508 (845) 831-0179
To leave an online condolence please visit www.libbyfuneralhome.com 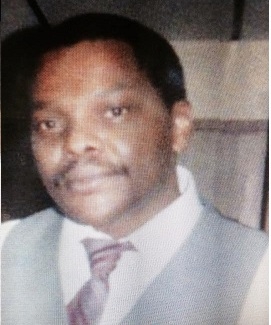