Smith, Eugene W.
Gene, formerly of Beacon, NY, passed away on October 3 at his home in Omaha, NE where he lived with his wife, Mary, who survives. He was 82 years old.
Born in Beacon on June 25, 1929, he was the son of Elmer and Anieta (Urquhart) Smith.
Gene, who started working at National Biscuit Company at the age of 16, worked his way up to General Manager in Beacon, NY and later became General Manager of their paper mill and carton plant in Marseilles, IL. He was active his entire life in the Episcopal Church and was a Lay-reader and Vestryman at St. Luke’s Church in Beacon and Trinity Episcopal Cathedral in Omaha. He served as President of the Council of Industry of SE NY and the Beacon/Fishkill Chamber of Commerce, and was Great Sachem of NY for the Mawenawasigh Tribe of The Improved Order of Red Men. As a member of many civic and business organizations he was instrumental in fund raising. In Omaha, he was Executive Director of an emergency assistance relief service called Together, Inc., bringing it from near-collapse to a thriving organization. In recognition of his work there, Gene was made an Admiral in the Nebraska Navy and ‘Gene Smith Day’ was proclaimed by the Omaha City Council when he retired.
Gene enjoyed life to the fullest, traveling extensively, visiting family and friends and sightseeing. He always enjoyed a good home-cooked meal or finding a good restaurant and held many great clambakes at his home in Beacon. In later years, golf was his favorite pastime. He had many friends and was a good friend to many.
In addition to his wife, Gene is also survived by his children: Eugenia “Genie” wife of Ronald Dumoulin of South Carolina and J. Raymond Smith and fiancé Linda Toohey of South Carolina; grandchildren: Michelle Fagan, Shawna Hughes and Leslie Rocha; great-grandchildren: Autumn & Matthew Fagan, Alexa Hughes and Nicholas Rocha; stepchildren: Jennifer Rabe and John Stockley; step-grandchildren: Joshua and Michael Rabe, Annaliese and Aurora Stockley as well as many loving nieces and nephews. He was predeceased by his wives, Dorothy (Brilliant) and Ann (Stockley); sister, Brenda Dooley; half-brother, Corwin Smith and stepson, Travis Stockley.
A service was held in Omaha on Friday, Oct 7, at Trinity Episcopal Cathedral. A graveside service will be held at Fishkill Rural Cemetery in Fishkill, NY on November 4th at 11:00 a.m. Memorial donations may be made to St. Luke’s Church, Beacon, NY. 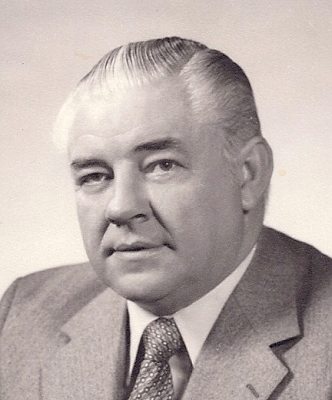