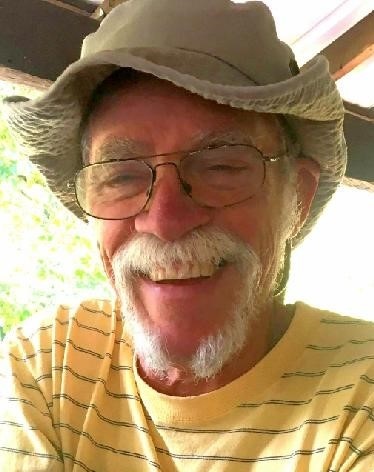 Elliott R. Monroe Jr., 70, a lifelong resident of Beacon, NY quietly retired from this life on Tuesday, January 14, 2020 surrounded by his loving family at Kindred Hospital in Wayne, NJ.

Born in Cold Spring, NY on November 1, 1949, son of the late Elliott R. Monroe and Marjorie Butler.
Elliott attended J.V. Forrestal Elementary School, and was a 1968 graduate of Beacon High School. On September 18, 1971 at St. John Evangelist Church in Beacon, he married his high school sweetheart Lorraine Dross, who survives at home.

He also graduated from Orange County Community College, receiving an Associates of Applied Science Degree in Computer Programming. After graduating college, he worked as a computer programmer for 15 years at the Electronic Tabulating Corporation in Newburgh, then went on to work for Alfa LaVal in Poughkeepsie and later onto the Grolier and Scholastic Publishing Companies in Danbury, CT. After retiring from Scholastic in 2010, he worked part-time at Target in Poughkeepsie until 2014.

“Rick” as his family and friends called him, had a great sense of humor and was always ready with a funny story about work, family vacations, the firehouse or Walmarts. He loved going on family vacations whether it was to Disney World or just tent camping and sitting by the fire in Lake George. He was also an avid Giants fan, remaining loyal even when they were losing. Rick was also proud of being a volunteer firefighter and receiving his 50-year member award from Beacon Engine Company #1 in October 2019. But when he was recently asked what accomplishment he was most proud of in his life he smiled and said, “DAH…that’s a no brainer, MY FAMILY”.

Along with his wife, Elliott also leaves behind to cherish his memory and to pass along the stories of his life; his three children: Heather (Steve) Hulse of Beacon, Holly (David) Rivera of Hyde Park and Richard Monroe of Beacon. His 5 granchildren, Anthony (Emily) Monroe, Stevie and Tyler Hulse, Emma and David Rivera; and his 2 great-grandchildren Ariel and Joshua Monroe. Eliott is also survived by his brother-in-law Bob (Beverly) Dross, sister-in-law Judy (Tom) Brickner, aunts Peg Merandy and Mitzi LeFever, his nephews: David Dross, Thomas and Jeff Brickner and Donald Varian; his nieces: Karen Manari and Amy Varian; as well as many other extended family & many-many friends. He was predeceased by a granddaughter Lacey Elisabeth Rivera.

His Family & Friends will gather on Friday, January 17th from 2-4 & 7-9pm at the LIBBY FUNERAL HOME, 55 Teller Avenue, Beacon. A Mass of Christian Burial will be offered 10am, Saturday, January 18th at St. Joachim Church, 51 Leonard St., Beacon, followed by interment to Cold Spring Cemetery, Cold Spring, NY.
The family asks for memorial donations to be made in Elliott’s name to either: St. Jude Childrens Hospital, American Heart Association or American Lung Association. The family would like to thank the doctors and nurses of the VBMC, CTICU and ICU for the excellent and compassionate care that was given to Elliott during his long stay there; and a special thanks to Matt, Kat, Jess and Jazz (CTICU), Philip (ER), Krista (ICU), James and Ashley (Step Down).

To offer a message of condolence, share a memory or make a donation, please visit: www.libbyfuneralhome.com Wake Service will be performed during the FIRST Visitation 3:00 PM by Rev/Mr. Marty Mayeski from St. Joachim-St. John the Evangelist Church