Filkins, Donald Earl of Fishkill, beloved husband and father, entered into rest Thursday, September
17, 2015 at Vassar Bros. Medical Center, Poughkeepsie. He was 81.
Born August 25, 1934 in Troy, NY, he was the son of the late Harold Filkins and Janet Noonan. He is 1964 graduate of Hartwick College.
Donald was a retired Organist and Musical Director for the First Presbyterian Church of Beacon where he renovated the music program, starting a bell choir, which was the first of its kind in the area. He also was the former Organist for Webb Horton Presbyterian Church, Middletown and the First Presbyterian Church, Wappingers Falls, returning home to the Beacon church before retiring last year. He performed charity concerts once or twice a year for over 35 years, collaborating with other local musicians in the Hudson Valley.
He was a member of the American Guild of Organists and served five terms as Dean of the Central Hudson Valley chapter as well as a term as Dean of the NYC chapter. He was a representative of the Presbyterian Association of Musicians to the Presbytery for many years as well as a member of the First Presbyterian Church of Beacon.
On August 28, 1954 in Beacon, NY he married Doris Helen Johnson, Mrs. Filkins survives at home.
In addition to his wife, survivors include: four daughters, Margaret Rifenburg of Wappingers Falls, Anne Degli-Angli of Whitney Point, Miriam Tully of Hopewell Junction and Janet Reynolds of Eaton, GA. 10 grandchildren, seven great-grandchildren and several nieces and nephews.
Visitation will be held Tuesday, September 22. from 5:00 – 8:00 PM at Libby Funeral Home, Inc. 55 Teller Ave. Beacon, NY.
Funeral Services will take place Wednesday, September 23 at 11:00 AM at the First Presbyterian Church of Beacon, 50 Liberty St. Beacon, NY 12508, Pastor Ben Larson-Wolbrink will officiate.
Interment will follow in Fishkill Rural Cemetery, Fishkill, NY.
In lieu of flowers, memorial contributions may be made to The First Presbyterian Church of Beacon, 50 Liberty St. Beacon, NY 12508.
For directions or to leave an online condolence please visit Libbyfuneralhome.com
Arrangements are under the direction of Jarett D. Quick at Libby Funeral
Home, Inc. 55 Teller Ave. Beacon, NY 12508. 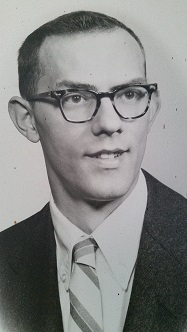