Ulicki, Daniel J. of Beacon, entered into rest Friday April 14, 2017 at Vassar Brothers Medical Center, Poughkeepsie. He was 81.
Born August 1, 1935 in Buffalo, NY, he was the son of the late Leo and Cecelia Sznek Ulicki.
Daniel was a retired Technician for the Phillips Consumer Electronics, New Hyde Park, NY.
Dan enjoyed watching the New York Yankees as well as bowling with his friends in the Senior Bowling Leagues at Southern Dutchess Bowl and then Fishkill Bowl, Dan was very proud of his 300 game he had in 2008. He enjoyed being around family, friends and neighbors.
He was the widower of the late Mary Dubetsky Scadura who predeceased him August 10, 1990.
Survivors include: two step-children, Donald Scadura of Newburgh, and Kathy Scadura of Beacon, his sister, Alice and her husband Raymond Sieber of Depew, NY, three step-grandchildren, Ashley Scadura, Gregory Scadura and Kelly Scadura-Aponte, as well as several Step-great grandchildren, and nieces and nephews.
He was predeceased by, two stepsons Michael Scadura and John Scadura.
Memorial visitation will be held Friday, April 21, 2017 from 9:00 to 11:00 AM at Libby Funeral Home, Inc. 55 Teller Ave. Beacon, where at 11:00 AM services will be held.
In lieu of flowers memorial contributions may be made to The American Heart Assoc. 301 Manchester Rd #105, Poughkeepsie, NY 12603.
Arrangements are under the direction of Jarett D. Quick at Libby Funeral Home, Inc. 55 Teller Ave. Beacon, NY 12508 (845) 831-0179
To leave an online condolence please visit Libbyfuneralhome.com 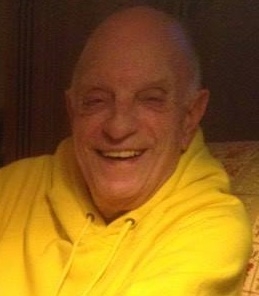