Sunday evening, February 13, 2011, adored husband, father, grandfather, great-grandfather, uncle, and volunteer, Carl Mortensen departed this life surrounded by family. Empowered by the courage of his convictions, Carl fearlessly left for the arms of the Lord with ‘Jesus in (his) heart.’

Carl was born in North Bergen, NJ on May 9, 1926 to the late Anita Ehlers Mortensen and Carl H. Mortensen. He spent his childhood in River Edge, NJ, with his brother, Peter and his sister, Barbara. From a young age, he was talented pianist, and continued to pick up other instruments throughout his life, nurturing his love for classical music.

He served in the United States Navy while attending Cornell University, where he met and fell in love with Jean MacKellar in 1944. He was discharged from the Navy in 1946, the same year that he graduated with a BS in Mechanical Engineering. He received his MS in Mechanical Engineering at Cornell in 1949, and later, on October 8th of that year, married Jean, with whom he spent the next 61 years of his life. Carl then started his 36 year career with the Texaco technical services department. Carl and Jean spent many years in Glenham, NY and later moved to Beacon, NY.

Carl was an active man up to the last days of his life. He was a dedicated volunteer in the National Ski Patrol, since 1966, and the Beacon Volunteer Ambulance Corps, which he joined after his retirement in 1985. Carl was a devoted member of the corps, and planned to inspect new equipment on the day he became ill. He remained an active ski patroller until the age of 82, having patrolled at Dutchess, Highmount and Plattekill Ski Areas; he was section chief for 10 years and served as First Aid instructor at the end of his career. Carl’s ski involvement inspired another two generations of the family to join NSP, and brought all of his sons, daughters-in-law and grandchildren to the slopes.

An engineer to the core, Carl had countless projects under way at any given time, whether in his basement or in the backyards of family and friends. No matter the task, the answer was, ‘ I think I can help with that.’ He spent countless hours on the tennis court and golf course with his sons. Carl and Jean, in addition to their frequent piano duets, took up square dancing later in life, and both were prominent members of the community at the Fishkill Methodist Church.

He is survived by his wife, Jean; three sons: Alan and his wife Ann of Reno, NV, Brian and his wife, Linda of Rhinebeck, and Daniel and his wife Geralann, of Hyde Park; six grandchildren: Cheryl Snook and her husband, Tyler (CO); Raina Dean and her husband, Erik (Cornwall); Eric and his wife, Alicia (NV); Nissa (Hyde Park), Laura (Rhinebeck) and Marine Sgt David Mortensen (Rhinebeck); and great-granddaughter, Ruby Snook (CO). He is also survived by his brother Peter (CA) and his sister Barbara Knichel (NJ). He also leaves behind a large extended family of nieces, nephews, and dear friends.

Nor speak of me with tears…

But laugh and talk of me…

As though I were beside you…

In lieu of flowers, donations may be sent to Beacon Volunteer Ambulance Corps or Fishkill United Methodist Church.

His family would like to thank the staff of VBMC South Circle 6 for their care, kindness and support during Carl’s final days.

You may also sign the guest book online at the http://www.poughkeepsiejournal.com 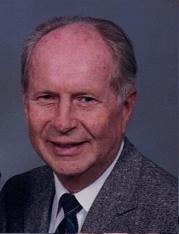