Bernard Berner graduated high school at 14, the youngest that year
in 1932, in New York City. He entered the Navy in July 1940 as an
Apprentice Seaman. By the end of WWII, he had attained the rank of
Lieutenant Commander. He had served as a line officer on a battleship
and a heavy cruiser, The USS Tuscaloosa, which took part in the biggest
convoy battle of the war in the Arctic Ocean, PQ17. He was then given
command of The USS LST 317. He led this ship along campaigns in North
Africa and into the invasion of Sicily. Bernard received many medals
while in the service and has also had his war memoirs recently accepted
by the Library of Congress.

Thanks to the GI Bill, Bernard got his Master’s degree at Columbia
University and Doctorate in Counseling Psychology at New York University.
Dr. Berner worked for the Veteran’s Administration for 31 years. This
included 22 years at the Yale University’s Medical School, and
professional assignments at Southern Connecticut State College and the
University of New Haven. President John F. Kennedy awarded him a citation
for his work with the underprivileged and the handicapped. Bernard was
also named Man of the Year for this work in New Haven, CT.

Bernard earned an Exempt Certificate for years as a Voluntary Fireman
and was a Past President of the Chelsea Fire Company. He also served
as Past President of the then Chelsea/Brockway School Board. Dr. Berner
also did volunteer work for the VFW and DAV for many years. During his
stay at the VA Castle Point Nursing Home, Bernard served on different
committees there until very recently.

‘Bernie’ was a rare, wonderful man who loved his family and friends with
a pure, unconditional love. Everyone who knew him loved him in return.

Dr. Berner will be interred at Arlington National Cemetery. There will
be no calling hours. In lieu of flowers, donations may be made to
‘Doctors Without Borders’ online at
https://www.doctorswithoutborders.org
or by sending directly to: Doctors Without Borders USA, 333 Seventh
Avenue, 2nd floor , New York, NY 10001, Attn: Planned Giving

To leave a condolence online or for directions please visit www.libbyfuneralhome.com

Date Of Service
No Calling Hours

Location Of Service
Dr. Berner will be interred at Arlington National Cemetery 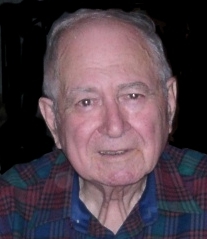