Bennie McCaskill Jr. entered into rest Monday, August 10, 2015 at Vassar Brothers Medical Center, Poughkeepsie. He was 75. He was born on August 29, 1939 to the proud parents of Ed & Lula McCaskill of Angelus SC. He was a hardworking man from humble beginnings raised on a farm with his primary education from Matealon School in Jefferson SC class of 1952. He also attended Matealon Methodist Church with his family that his father Ed McCaskill helped to build. After the passing of his father he worked various labor jobs to support and help his mother and siblings until 1965 when he relocated to MT. Vernon NY in search of better employment opportunities after his mother Lula had passed. He worked various Jobs as security officer. He enjoyed building and Racing automobiles with his friends in MT. Vernon like Mike Raguso and Dennis James. 1967 He was hired to work as an assistant foreman for General Motors Corporation of Tarry Town NY. He was committed to family and enjoyed helping his sister Lucille with her children Carl, George, Veronica and Logan. In 1978 he met his Wife Barbara and married her in 1983. They later bought their home and moved to Beacon NY in 1990. He was a great Husband, Father, Grandfather, Brother, Uncle and Friend always loving caring, a great supporter and provider to his wife and family. In 2000 he retired from GM highly decorated for his work. He is leaving behind his Wife Barbara, Son Arnrai, Daughter in Law Glenda, Grandson Omari, Grand Son Jethro, Grand Daughter Victoria, Daughter Christal, Dog Prince, Sister Lucille, Nephew Logan, Nephew Carl, Nephew George and Niece Veronica, Niece Monica and a host of other nieces, nephews and cousin McCaskill and Mongo Family. Wake to be held on Friday August 14, 2015 at 7:00 to 9:00 pm at In The Faith Christian Fellowship Ministries at 831 Route 52, Fishkill, NY. Funeral Services is set for Saturday August 15, 2015 at 9 am, to be held at In The Faith Christian Fellowship Ministries 831 Route 52 Fishkill, NY 12526.
Interment will follow at Fishkill Rural Cemetery in the Mausoleum Section.
Arrangements are under the direction of Jarett D. Quick of Libby Funeral Home, Inc. 55 Teller Ave. Beacon, NY 12508 (845)831-0179 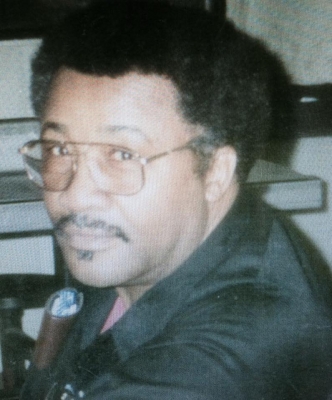